Well, it’s summer, and for T that means time for a summer swim lesson tune-up!

T kicks off this summer’s swim lesson session with City of Long Beach’s infamous swim teacher, Coach Bob Hirschhorn. Over the last 30 years, Coach Bob has taught “a generation” of Long Beach residents how to swim while having fun at the same time.

If you remember our experience last summer with swim lessons, well, T was always hesitant to go to his lesson every time it came up on the calendar. Last year we took our classes where we always had been since T was an infant; it was even where we took mommy-and-me classes before he turned one year old. However, this summer, I knew we wanted to try something, someone, and somewhere completely different. T’s a bit older now, and it was just time to move on; I also know in my heart of hearts that deep down T’s water safe even if he chooses not to always show it (PS – I also have video evidence of said water safety on T’s part). 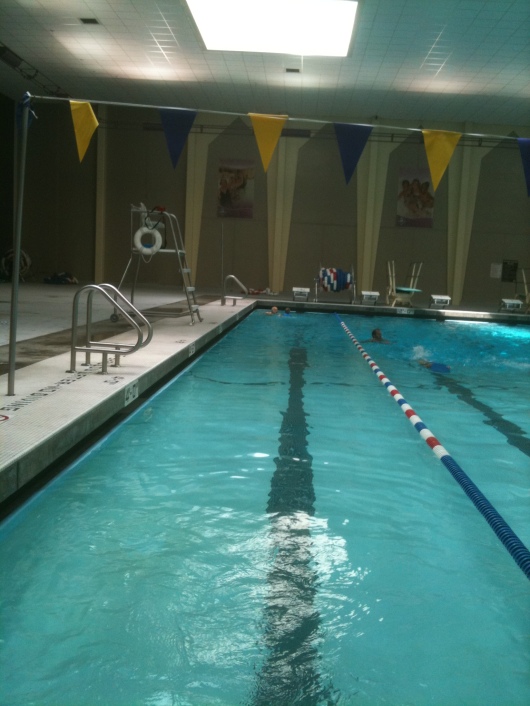 That’s T way down there in the deep end of the pool (that’s 12 Feet, RMT’ers) during his first swim lesson with renowned Long Beach swim coach, Bob Hirschhorn. I only wish we’d known about Coach Bob last summer, but better late than never!

So at the recommendation of a great friend of ours, we signed up for a once-a-week, six-week swim lesson session with Bob Hirschhorn. Bob’s been teaching swim lessons in the Long Beach community for about 30 years now, and he currently teaches lessons for the City of Long Beach at Silverado Park Pool. Yes, you read that right: 30 years! I don’t even think that any of T’s former swim teachers have been alive for 30 years. 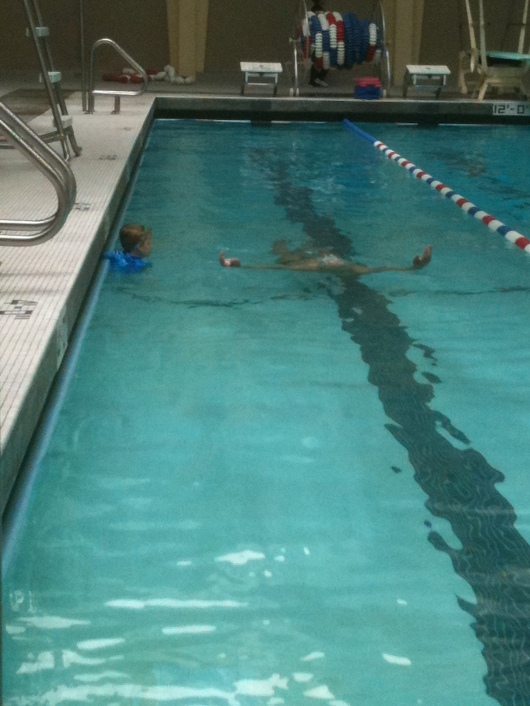 Coach Bob demonstrates how to do a back float without sinking to the bottom. Sinking during a back float is just one of many of T’s pool fears, so the fact that Coach Bob showed T how to do this the right AND the wrong way speaks volumes about his kid-friendly approach and his ability to get down on the child’s level to instruct. This is the sort of thing I only wish some of T’s former swim teachers had done in lessons’ past; this is what real coaching and teaching is all about. Thanks, Coach Bob!

I think it was at that point when I knew that this new teacher would be someone who’s seen it all – and then some – and that he also would be someone who would effectively work together with students of all types of personalities, including my analytical little dude. In other words, I knew in my heart of hearts that Coach Bob would be able get through to my little dude who can’t seem to forget the swim teacher who repeatedly threw him high into the air and into the pool to be sure for the umpteenth time that T could do a back float (sigh).

After watching his teacher do some correct and not-so-much back floats, T did a three-second, unassisted back float during his first swim lesson with Coach Bob Hirschhorn.

After days of front-loading, talking up the new teacher, and preparing T for the change of swim venue before arriving to the first lesson (along with a drive-by the day before to be sure that I knew where we were going for said lessons), I have to say that T did amazing! T didn’t cry or whine at all once we got to the pool, he never once fought against anything that Coach Bob asked him to do, and he used his words to explain his fears and hesitations clearly and effectively to his teacher. To say I was proud would be the understatement of the year (well, the week anyway!). 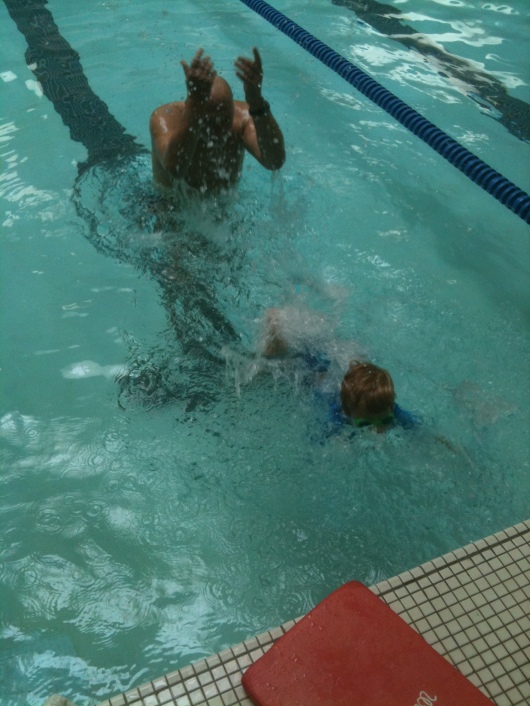 No, Coach Bob isn’t throwing T in the water. T felt so comfortable with his new swim teacher that he launched himself off toward the wall with “big arms” and kicks all on his own!

Both T and I left last week’s lesson with happy anticipation for future lessons. As a matter of fact, that’s where we’re headed this morning; I can only hope for anything remotely close to a similar experience as last week’s today and for each of the lessons ahead in August. Seems we’re off to a great start this morning:  No tears! 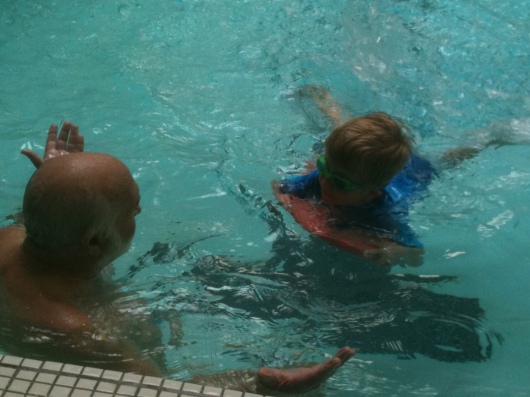 No hands on T as he kicks himself through the long lane of the Silverado Park Pool in Long Beach.

Oh, and did I mention that Coach Bob is a bassist in the Elm Street Band? So not only is he the cool Long Beach swim coach but he’s a cool Long Beach (Southern California really) musician to boot and one whom we’ve seen summer after summer at our local summer concerts in the park . I hope we get to see him again this summer concert season as well. Rock on!

How are your kids’ swim lessons going this summer, RMT’ers?

To schedule lessons with Coach Bob Hirschhorn, please contact him at 562-431-4080 or rocknswim@verizon.net. A six-week session of one private (one-on-one) 20-minute lesson per week costs $180; please bring payment to the first class in the form of a check made out to “City of Long Beach.”