Well our family had a milestone moment earlier this week in that T made an early morning trip to Urgent Care for… his first X-Rays!

What happened was… well, we’re not exactly sure what happened, to be quite honest. All we do know is that T woke up from a nap late afternoon on Monday and limped – barely walked is more like it – from his room into the living room. When we asked him what was wrong all he told us was that he was jumping on his bed and then slept on his pillows weird and now his leg hurt.

Hmm… given I was home and I would have most definitely heard jumping on the bed, I had no idea what he was talking about. Don’t misunderstand me when I say that, as I am aware of T’s bed-jumping habits (which we attempt to dissuade in vain), but on this day there just was no evidence of anything of the sort happening that would or could cause an injury as painful as this one appeared to be.

As we watched T gimp around for the rest of the night, C decided he needed to get to the bottom of this. He tried for over an hour to get the real story out of T as to what happened and where it hurt. Let me ask you all something, RMT’ers: Have you ever tried to interview let alone physically examine a four-year-old and obtain truthful responses with useful information? Yeah, I didn’t think so, and C was not very successful either.

Hmm... maybe T is getting the wrong message from these "Five Little Monkeys" - yes, we have the game, too!

On Tuesday morning T woke up, but instead of his usual THUMP and pat-pat-pat down the hallway to our room, he slowly got out of bed (we know this because of the lack of THUMP or other similar noise upon wake-up) and literally clutched at the wall as he struggled down the hallway toward our room. C saw him before leaving for work, picked him up and put him into our bed. The poor kid could hardly walk and wanted to be carried pretty much everywhere (which he never wants), and it was obvious he was in a lot of pain, which for him means something pretty awful happened. I say this because T is a kid who can jump off of an ottoman, take a header on a table corner one inch from his temple, and not even slow down for a full minutes, folks.

At C’s urging, I hit the phones right away. I called his pediatrician, but there was no answer given the early hour. Then C suggested I call the local Urgent Care and see about the wait there; turns out they opened before T’s doctor so over there we went, and were happily greeted by a 15 minute wait. I called C (he was at work by this time) to have him meet up with us there. Once the doctor came in, he proceeded to ask many of the same questions C did of T, and he got about as far as we did with the “does this hurt” scope of questioning. Everything eventually led up to the X-Ray table where the doctor wanted views of his femur, hip, and knee in two different images.

T used to be REALLY great about drinking milk (going through a gallon every few DAYS), and now, it's a half-gallon every 10 days if we're lucky. Yes, I've even resorted to these flavored straws as a milk delivery method, but he doesn't seem to like them much either! MOO!

Once the films came back, the great news was there was no break BUT that there was something not quite right about the way his knee growth plate looked, so the doctor ordered two more films of his OTHER knee for comparison. When those came back, the doctor said all looked just fine; I guess some kids’ growth plates just show up a bit uneven rather than smooth around the edges, and T has some of the rougher looking ones. In the end, the doctor just told us to keep an eye on T and his limp, and if things don’t improve by Sunday to give him a call directly.

Well, today is Wednesday (as I write this), and this morning T bounded up out of bed with a renewed spring in his step. No, not full-bore speed, but he’s definitely on the mend. So who knows what the heck happened, because we still sure don’t! Maybe he was jumping on the bed and he landed on one of the many toys he piles in there during nap time, or maybe it was just a leg cramp or Charlie horse that’s slowly working its way out? And I know, perhaps we might have over-reacted a bit with the X-ray/ Urgent Care visit, but who wants to be that parent who tells a four-year-old to walk it off when he might be walking on a broken bone?! Um, not I (nor C), that’s for sure! 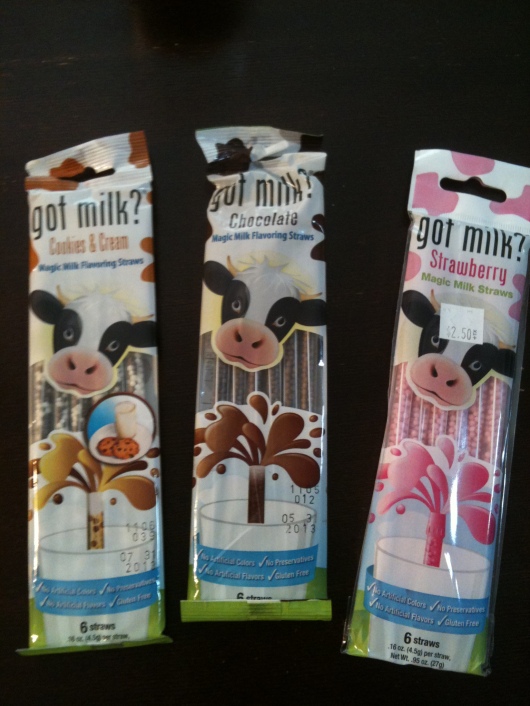 In case you wanted to see other flavors available, here you go. As that one tag indicates, a pack of six goes for around $2.50. T's only tried the vanilla (see other photo) and strawberry, and all he's really said about them is they remind him of a milkshake... yet he's not polished a cup of milk with one just yet. PS - he's not into chocolate, those are for me.

All I do know is we are relieved that T’s first X-ray experience turned out clean and break-free. Whew!