Every other Friday, C enjoys a day off from work all because of his employer’s generous 9/80 schedule option. On those off-days, we often take a family day-trip outside of Long Beach that we might not otherwise venture to on a regular (and busier, more crowded) weekend day. Our most recent 9/80 family day included an afternoon on Los Angeles’ Olvera Street with a quick trip over to Angels Flight. 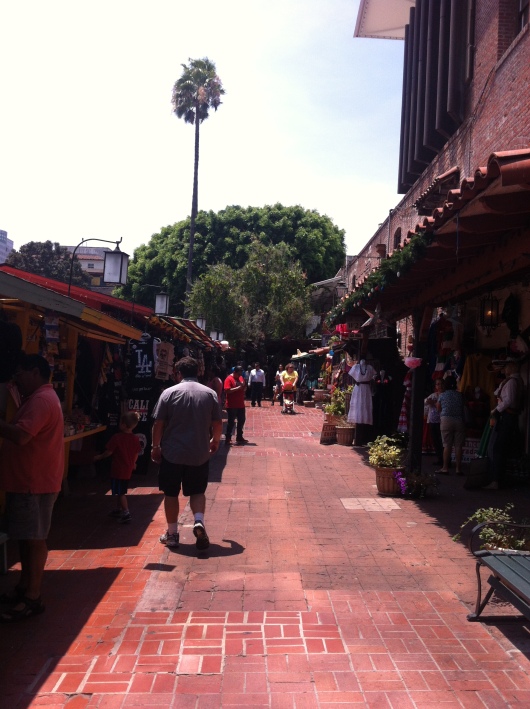 The boys wandering through historic Olvera Street, AKA the birthplace of Los Angeles. Settled in 1781 with many of those landmark buildings and monuments still standing, today Olvera Street is also the home of a variety of affordable Mexican tchotchkes, trinkets, and gifts. 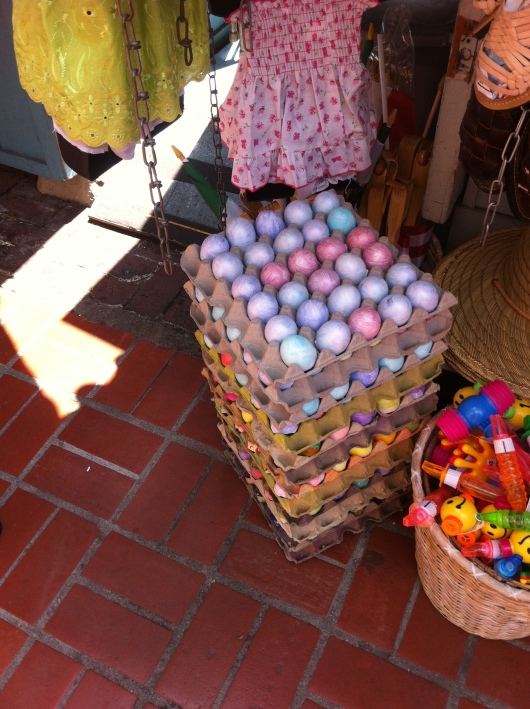 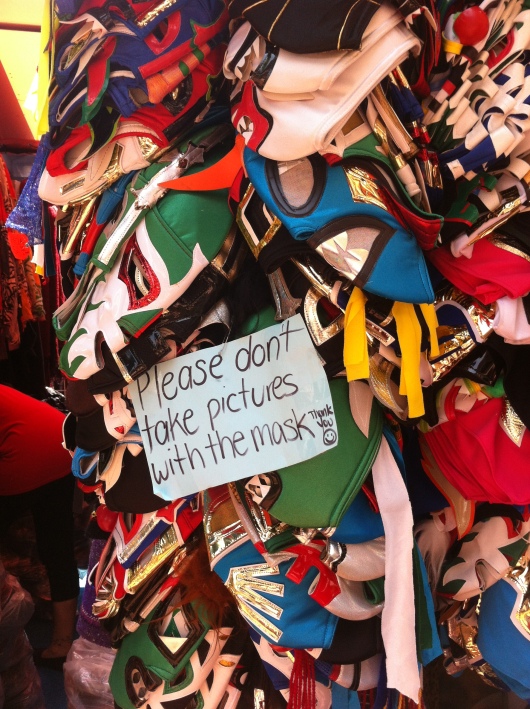 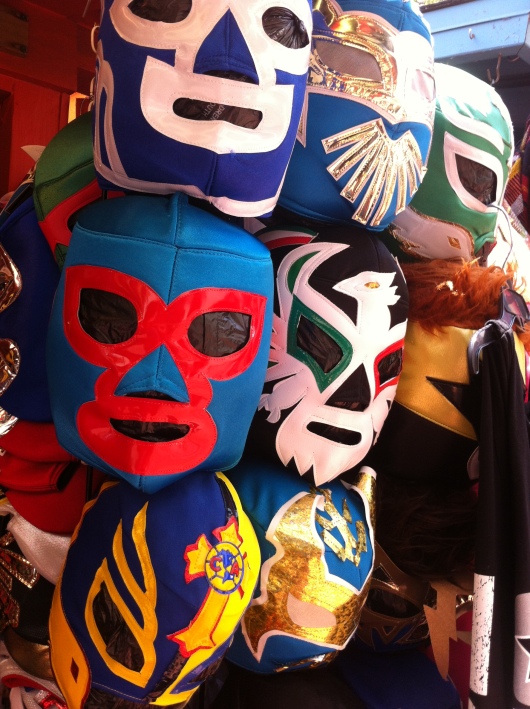 Olvera Street is an LA institution. El Pueblo de Los Angeles Historical Monument is the oldest section of Los Angeles and is the site where the City was first established in 1781. Rich and deep in culture and history, Olvera Street is also known as a great place to go grab a Mexican wrestling mask, other Mexican tchotchkes, and/or authentic cuisine and artwork. The area’s long been and continues to remain one of LA’s most popular tourist destinations. Olvera Street and its museums, restaurants, and shopping arcade is easily accessible via public transit with its proximity to Union Station directly across the street, and it is also a short exit off of US 101. 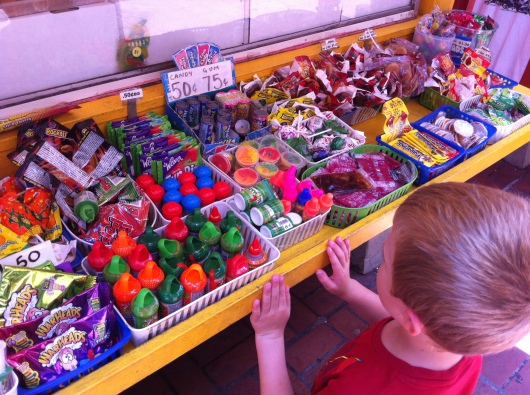 T considers all of his options for a take-away from Olvera Street. 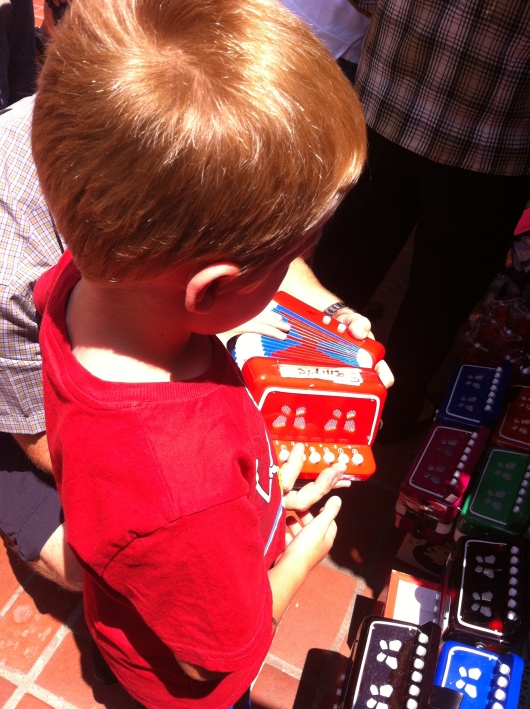 This accordion caught T’s eye (and ear). Definitely under consideration…. 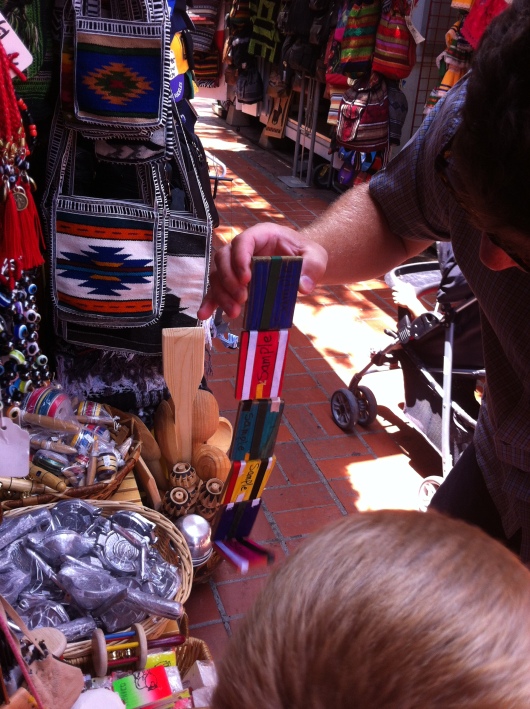 T continued to wander through the stalls of Olvera Street trying to find the perfect souvenir from his first visit. 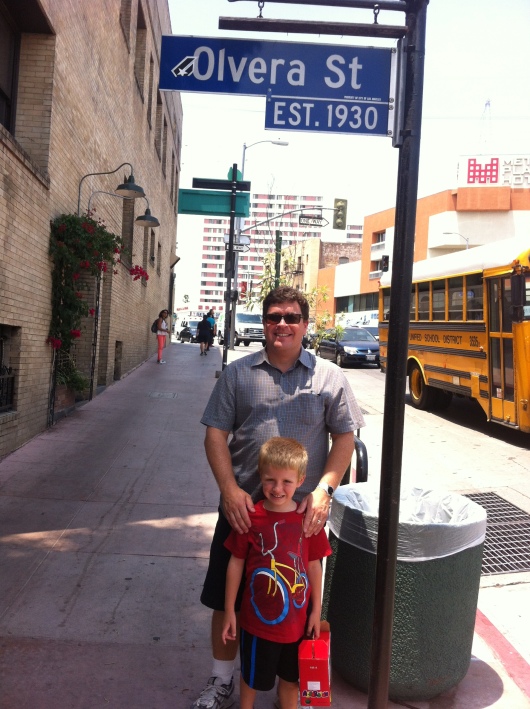 The boys at the end of our visit to and through Olvera Street. Notice the box in T’s hand. Yep, he went with the accordion!

As so much has already been written about Olvera Street over the years (decades? century?!), I’ll just post a few photos from our visit (our first together as a family, but it won’t be our last!) and direct you to the city’s website here to help plan your visit; you can also find a map of Olvera Street as it exists today here. While the area is closed to vehicles (parking is widely available nearby and next door in Chinatown), pedestrians of all ages and abilities can stroll the street at their own pace, savoring all of the brilliant sights, sounds, and smells wafting from the kiosks and adobe buildings. 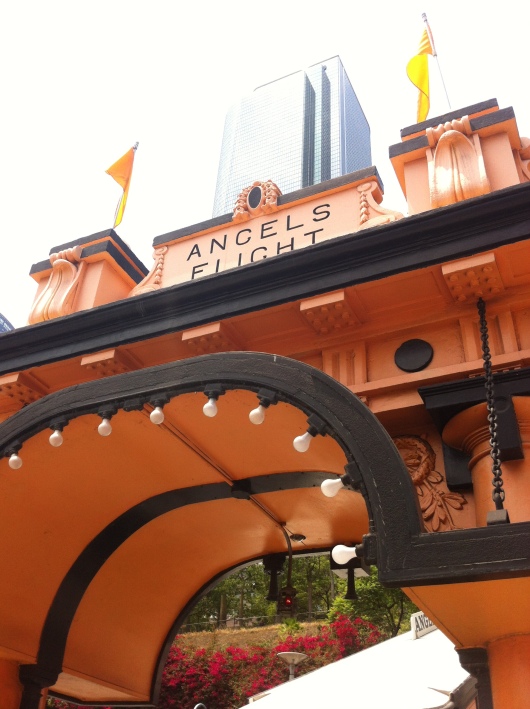 Angels Flight, the long-standing funicular railway. This is at the Hill Street entrance in Downtown Los Angeles at the bottom of Bunker Hill.

After our walk through Olvera Street, we hopped back into the car, drove a short way deeper into Downtown LA,  parked at the Farmer’s Market public parking structure, and crossed over to Angels Flight. The funicular isn’t just a historical LA landmark dating back to 1901, but it also provides a vital transit service for Downtown visitors in that it helps transport tourists and workers up and down the 298 ft. steep slope between Hill Street and California Plaza on Bunker Hill. Yeah, I wouldn’t want to walk up that hill either! And good news is that the ride won’t break your budget either; it only costs 50 cents (or 25 cents for Metro pass holders) to hop on the couple-minute “flight” one-way. 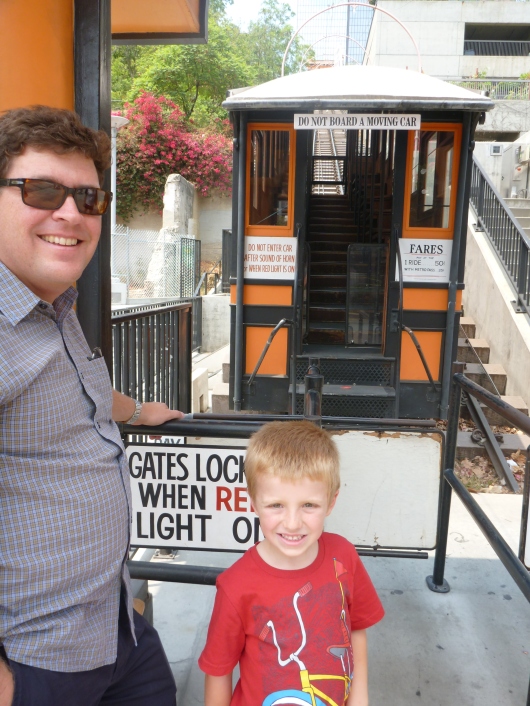 The boys waiting to board Angels Flight in Downtown LA. 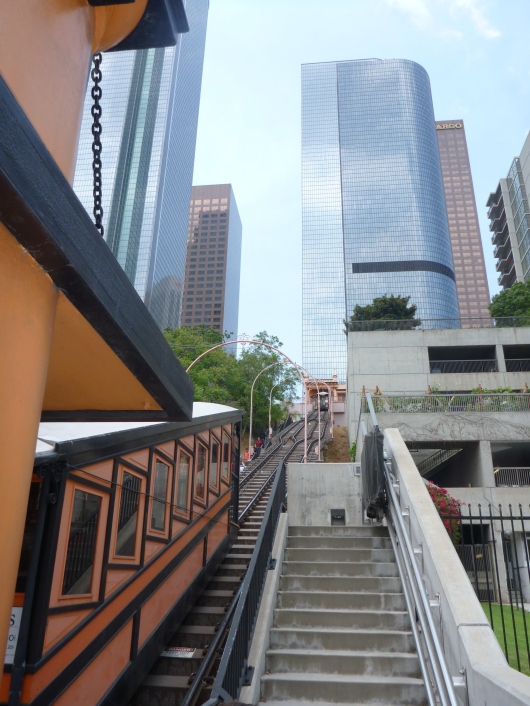 A view up Bunker Hill in Downtown LA from the Hill Street Angels Flight boarding station.

Well, we waited… and waited… but sadly, Angels Flight was not running the afternoon we showed up for T’s first ride. Darn! Next time, T!

While the Angels Flight website states that it operates “every day, 365 days a year, from 6:45 a.m. until 10 p.m.,” we arrived on a Friday afternoon last month when it was out of service. There was no signage explaining its closure, and my attempt to find out why went unanswered also, but we assumed that it had something to do with it being a 100+-year-old railway and these interim closures could just occur from time-to-time. Sorry, T, we’ll have to try again another day for a flight on “The World’s Shortest Railway.”

RMT’ers, other than a do-over on Angels Flight (and we will), do you have any other LA landmarks and/or fun spots to recommend for our next 9/80 family day out? Please share them in the comments below!