In honor of Presidents’ Day weekend, an executive (and very long, overdue) decision (order?) was carried out here at the house Saturday: Mr. T, tear down that swing. 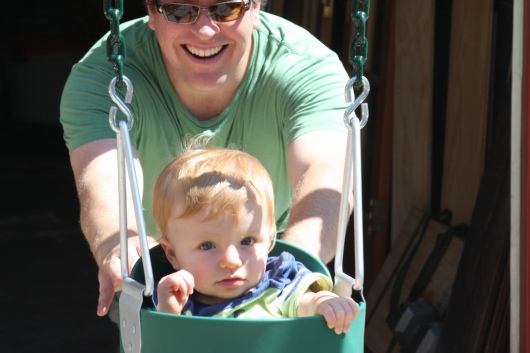 T in the swing for the first time on the driveway as C built it in September 2008. He was just shy of his first birthday.

T in the swing after C set it into the front yard September 2008.

One of the footings to the swing. These remain for the time being. I hope we can preserve this at least (C?).

OK, so maybe T didn’t tear it down himself, but C’s been itching to get the front yard – including the swing – cleared out for a few months now in preparation for his next house project. While I’ve not been actively fighting this action, I’ve definitely not encouraged it either. I’m not against progress, but I was and am just so proud of the love and passion C put into the construction of the swing four-plus years ago. It was his gift to T for his first birthday, so it’s had a lot of sentimental value, even if not a lot of recent or practical (or actual) use in the last several months (or couple of years). It’s sort-of hard to consent to tearing that down, so I never would and never did.

C and T in front of the swing for the last time Saturday.

C making the first cuts that ultimately bring down the swing. 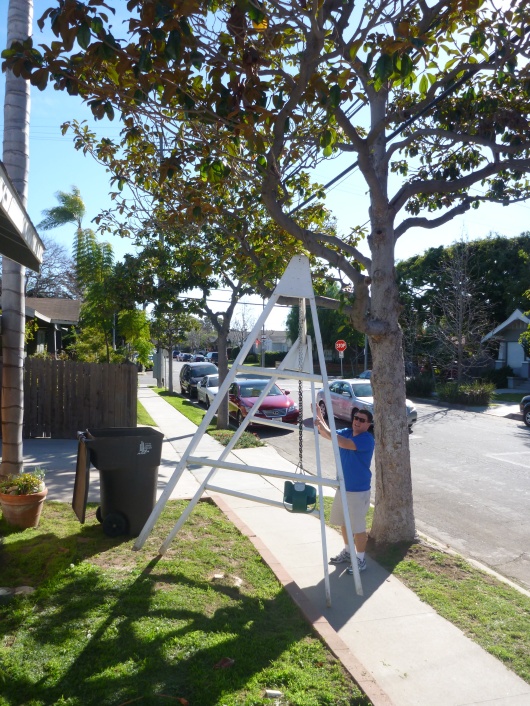 C taking the swing out of the yard. 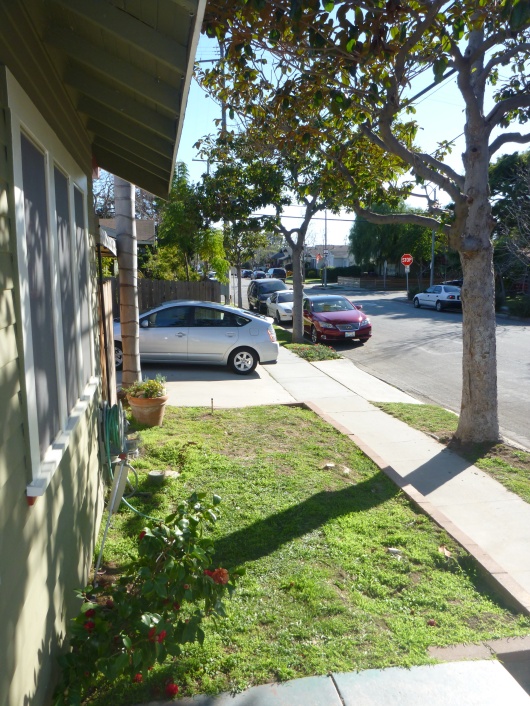 The blank canvas, er, I mean, front yard, post-swing. It really does open up a world of possibilities. Now C can get back to work next term on a new front yard plan. Four more years (and hopefully four more beyond that)!

But this weekend, T finally said he was ready to move on and he was OK with it being removed. Well, that’s that then, I guess. I knew that meant I would ultimately be outvoted should a formal vote be held, and so I withdrew my petition for the now very weak (i.e., just me) opposition. And just like that, or within about 10 minutes, it was all over. 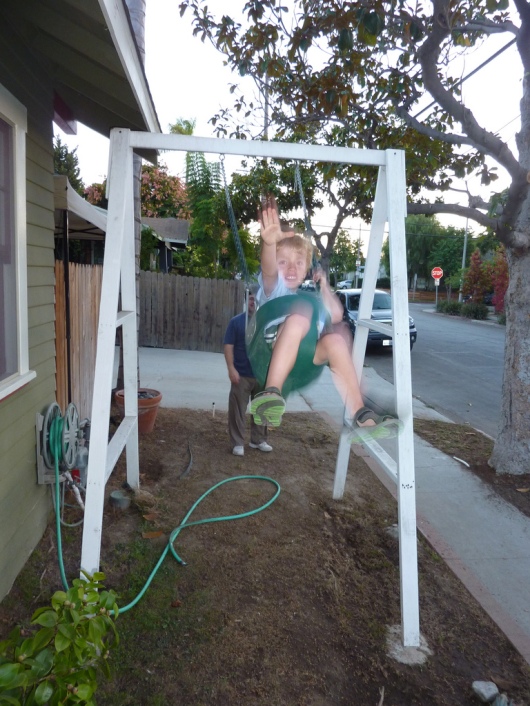 So RIP, oh great and green bouncing baby bucket. You gave us a fantastic four-plus years of swinging service. We had our ups and downs, of course, but all in all, you gave T a great toddler- and preschool-hood and provided all of us with wonderful memories to hang onto for years to come. Through all of the highs and lows, thanks for the good times.

PS – Anyone near us need a baby-toddler swing? $20 OBO! Just the swing and chains; the frame’s toast.

One response to “An Executive Decision: Yard Swing Decommissioned”