South Carlsbad State Beach is a rock hunter's gold mine.

On the way back from San Diego the other weekend and at C’s recommendation, we stopped in South Carlsbad State Beach. C remembered this rocky beach from his childhood as he used to camp there every summer with his family. While we’re not really a family who camps together (yet anyway), we are a family who rock-hunts together, so it sounded like a good place to check out!

We parked by this sign along Old Highway 101 in Carlsbad, CA, which provided easy beach access along with restrooms.

T's got a rock. Not hard to come by at South Carlsbad State Beach though!

Yeah, T helped find some rocks at South Carlsbad State Beach, but then he mostly just threw them. And that's cool. 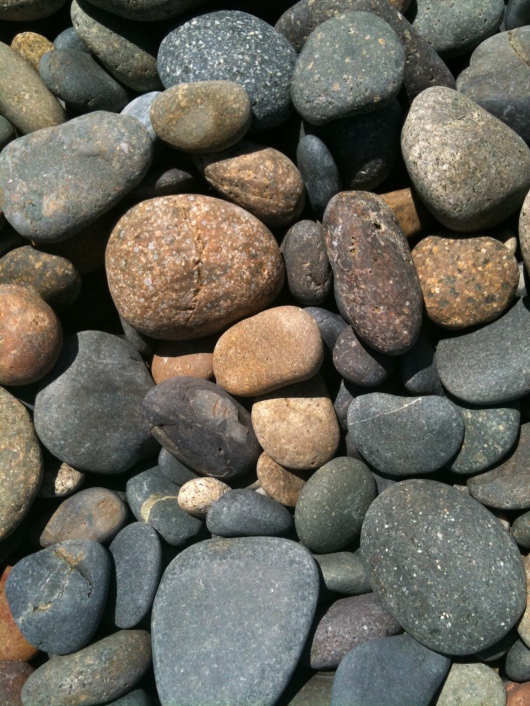 A close-up of the rocky South Carlsbad State Beach. You can see one of the white-ish rocks that C remembers from childhood tucked in there like an Easter egg waiting to be discovered.

Not only did this detour do a great job in breaking up our long, traffic-laden drive home, but it also introduced yet another area along the coast for us to do some good old-fashioned rock hunting. At this location, the rock-du-jour that we searched for was what C remembered as the “moon rock,” a white rock with sparkly flecks in it. Good memory, C, because we definitely hauled home more than a fair share of these celestial beauties.

Our rock haul from South Carlsbad State Beach, which was out of this world! Can't wait to see how they tumble down.

After just five days in the rock tumbler, these latest finds from South Carlsbad State Beach look great! Either it's the new sand C used on this batch as a grinding agent, or that he's getting better at choosing rocks, or both! 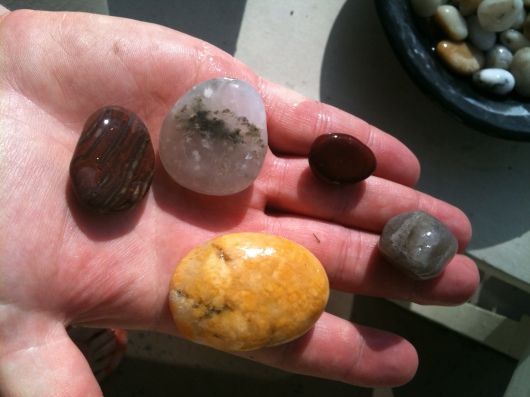 A close-up of a few of the rocks we found at South Carlsbad State Beach after just a few days of tumbling. The more translucent ones are a couple of the white "moon rocks" that C remembered from growing up. They're all looking great so far!

Once home, C and T portioned down the haul into batches for the rock tumbler. Apparently there’s enough rocks from this excursion for three batches, yet we only have two containers in our tumbler, one of which is still finishing up a previous batch from the beach and gold panning trips. Looks like the boys will be busy for several weeks then!

T's first batch of finished rocks from his and C's first go-at-it with the rock tumbler! 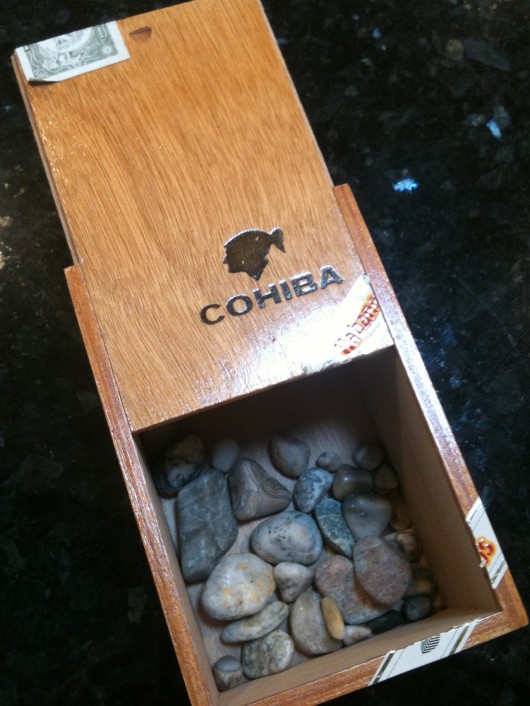 Oh, and now that I mention it, I promised to get back to you when we had some results from our inaugural rock tumbling efforts, and I will do that right now! While C’s first attempt at rock tumbling didn’t yield gift shop-comparative results, the rocks still came out very rounded and pretty polished. C also dug out a nice wooden cigar box for T to keep his treasures in, too.

T rocking a crazy face while breaking the rules down at South Carlsbad State Beach.