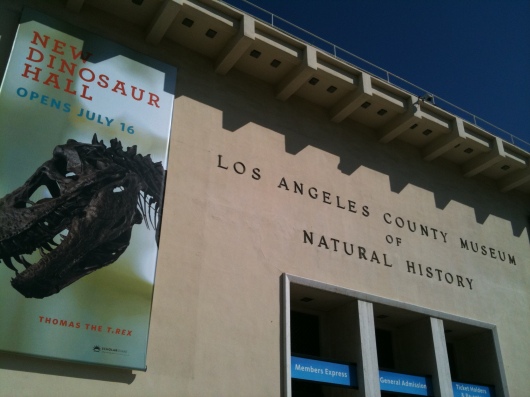 Over the summer – yep, late to the party again, but better late than never – the Natural History Museum, Los Angeles County unveiled its new Dinosaur Hall… and all I can say is wowee! It’s gorgeous, and while that might sound crazy when it comes to what most might see as a bunch of old bones and fossils, the new rooms dedicated to the newer finds at the NHM-LA are absolutely stellar. I was blown away. 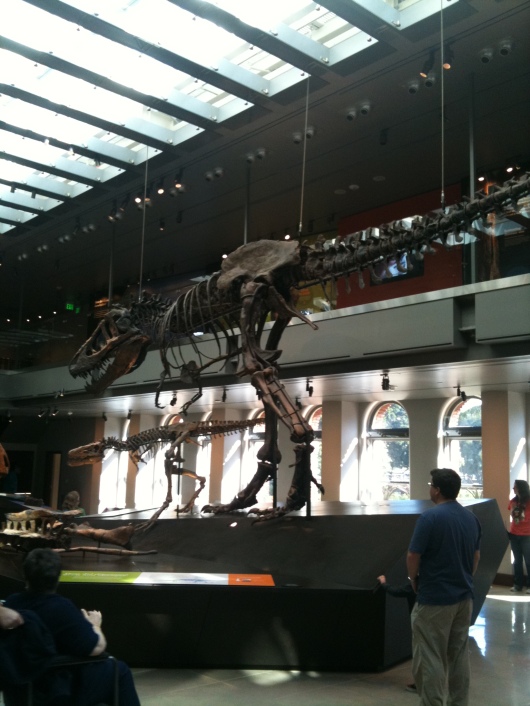 These iPhone photos won't do the room justice, but the room was completely sun-washed and brought these dinosaurs to life. This is Thomas the T-Rex, the masterpiece of the newest dinosaur wing at NHM-LA.

Any building that is able to use natural light as its main lighting source is a winner in my book, and this museum’s new wing does just that. Much like how the California ScienCenter uses natural lighting to illuminate its space, windows and skylights surround every room of this new hall that just make the dinosaurs dance in the sunlight. It’s an unexpected modern touch on the not-so-modern, and I really was able to take all of it in and appreciate it for the art that it truly is. 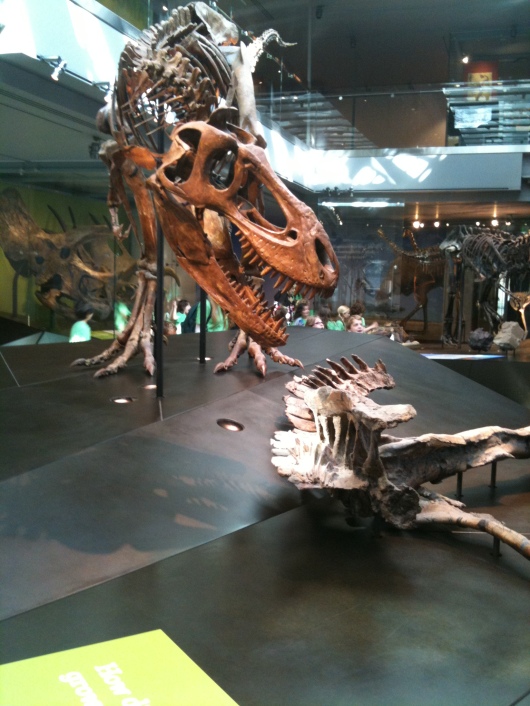 I just love how NHM-LA keeps it real with the larger meat-eating dinosaur skeleton poised over its smaller, weaker bone-prey. Seriously awesome.

We also took time on our visit to take T upstairs to the darker but just as realistic-feeling Dinosaur Encounter. Twice daily NHM-LA puts on a puppet show where staff get inside of semi-animatronic dinosaur suits and behave as baby dinosaurs theoretically would have in their eating, sleeping, and other life habits. The show we caught that day was the baby Triceratops show, and the other show that alternates with this is the baby Tyrannosaurus Rex (which we’ve seen several times and can be a little too scary for the under-three set – fair warning!). On some days, staff will perform a third show called Ice Age Encounter that is about the saber-toothed cat, which was a native species in the Los Angeles Basin back when they roamed post-dinosaur era (we’ve not seen this show yet ourselves). 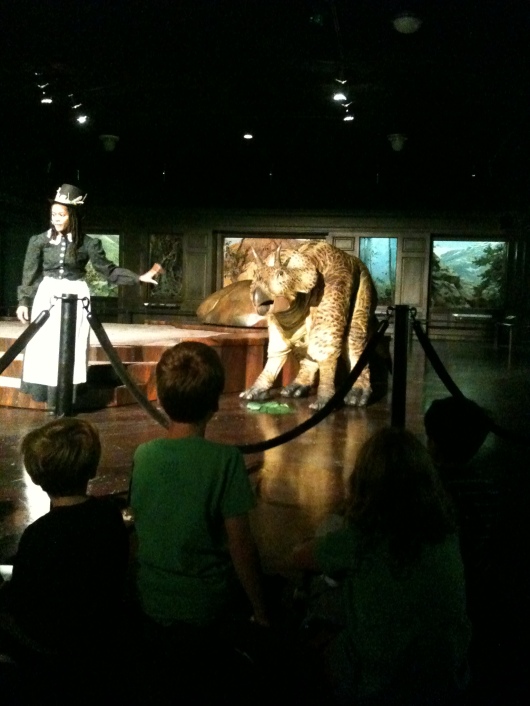 Located across the street from University of Southern California in Exposition Park, NHM-LA is centrally located. While we live a good drive away, we became members and our membership has more than paid for itself considering the $9 entrance fee per adult and our habit of visiting about once every other month or thereabouts. Our family membership was something like $104 for a two-year sign-up – seriously cheap considering the frequency we’ve already visited. Parking on-site is $8 and other lots in Expo Park costs $10, but take heed on USC game days that the general all-day lots fill up early (and cost much more, see the NHM-LA website for more details). 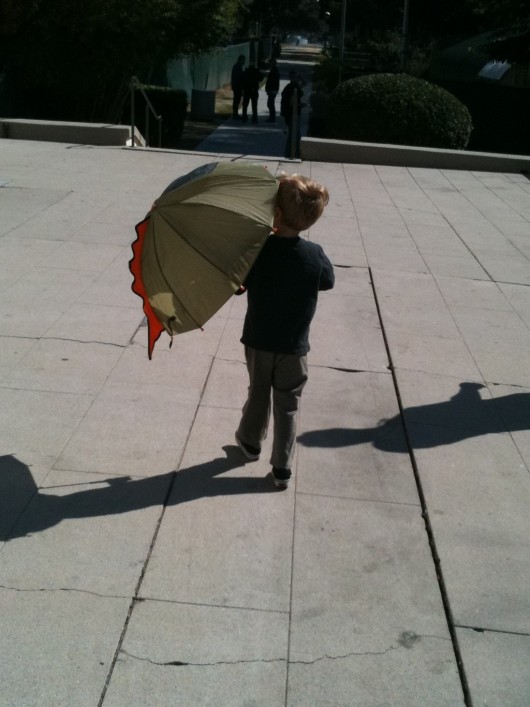 T leaves NHM-LA with yet another free member gift! Wasn't raining, but he still loved the umbrella, thanks!

With our membership, T has even cashed in on a few free gifts with coupons we got upon sign-up; one gift was a triceratops pencil sharpener (you sharpen the pencil and the dinosaur walks like a wind-up toy) and the other just the other day was a T-Rex umbrella, which T of course loves.

I hope you can make time to head over and check out NHM-LA. Your little paleontologist will thank you for it!