Whoa, stop the music! I realized that last Christmas season I shared a few of T’s holiday books and movies, but I failed to sing you a song about our very favorite holiday tunes! 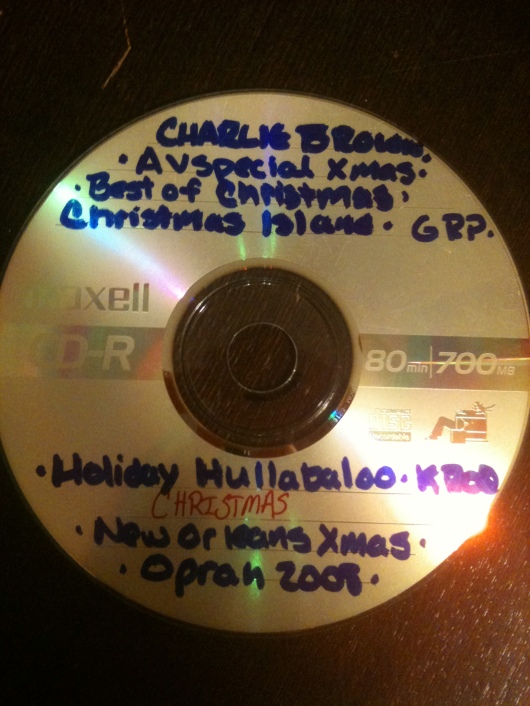 My “jukebox” holiday CD. Sadly this can only be played in our vehicles. I say sadly because I can’t find most of the original discs I burned a few years back!

I think I know why I didn’t post about music last season. It’s weird, but I can only find our Christmas music on a “jukebox” CD I’d burned with about 10-15 different albums back in 2010. I have no idea what happened to most of the original discs that C and I have collected over the years, and we have (had?!) quite a few! But given that we’ve remodeled part of our house (including our attic) in years since, I’m sure they’ve just been shuffled into some hiding spot that I’ve yet to discover (perhaps where they belong with all the other boxed-up CDs… yeah, I’ll get to digging through those 400-500 discs sometime in the not-so-near future). But thank goodness that I’d downloaded those holiday albums onto our iTunes and then later converted them into MP3 format to create those jukebox discs (and that I somehow someway find those discs season after season so I don’t have to re-burn even more discs to misplace).

The only three original holiday CDs I can find in the entire house. I need look way harder than I have been, because we have about five times this number!

In the spirit of it being 12-12-12 – yep, I’m one of “those nerds” who absolutely adores a fun calendar date – AND it being (almost) the 12 days before Christmas (not to be confused with the 12 Days of Christmas), here’s the RMT top 12 holiday and Christmas album list that runs on repeat each December.

1. “A Charlie Brown Christmas” brings out the kid in all of us while appealing to our own kids today. It heralds us parents back to the television special that first aired in 1965, and it also captures the younger set’s attention through its merry melodies and peaceful piano pieces (and the TV special ain’t so bad either). Starbucks offered the version of the soundtrack pictured above a few years ago, and the one offered this season is sold out online (a combo pack of the CD-DVD), so needless to say I was and still am so thrilled that I snatched it up one morning during my AM coffee break. 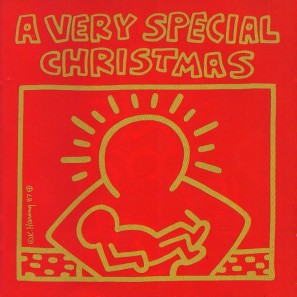 2. “A Very Special Christmas” was the first in what became a series of holiday compilations put together to benefit Special Olympics. I forgot I even owned this until popping in one of our many “jukebox” holiday CDs, so it was a very special Christmas surprise. My favorite tune on here is Eurythmics’ version of “Winter Wonderland,” but lest we forget Ms. Houston’s version of “Do You Hear What I Hear?” (pretty dang close to angelic) or Run DMC’s “Christmas in Hollis”. Yes, it’d be an understatement to say that my musical taste runs the gamut, RMT’ers.

3. Ah, Mr. Buffett… what’s a holiday without palm trees, boats, and sunshine?! Well, since those are the types of holidays we have here in Southern California, “Christmas Island” could very well be the most appropriate holiday album we own. There’s a cover of “Up on the Housetop” with a little ditty interlaced about a surfer sharing his wave, a song about St. Barth’s (where C and I honeymooned), and a tropical wish for a happy Hawaiian holiday (which is very appropriate as we approach our own Hawaiian holiday in a few weeks!). All the tunes are snugly tucked beside covers of traditional tunes like “Jingle Bells” and then capped off with a hidden track with a traditional reading of “A Visit from St. Nicholas” by JB himself. You won’t regret this trip, I promise. Just don’t forget your sunscreen and flip-flops!

4. Starbucks again here with their “All You Need is LOVE (RED)” download from 2009. Though not extensive as it only contains four songs total, it’s definitely become a modern, essential update to anyone’s holiday music mix, with songs from more contemporary artists as Playing for Change, U2, Dave Matthews and John Legend.

5. It’s a true “Holiday Hullabaloo”! Hullabaloo band duo Steve Denyes and Brendan Kremer offered this wonderful children’s (family-friendly really) MP3 download of holiday tunes direct from their website to their fans a few seasons ago. Now that’s the true meaning of a gift, and it’s one that keeps on giving in our case anyway. This probably gets some of the most holiday airplay in our household (yes, I heard you, T… Rudolph on repeat, OK!), but more so in the car as we drive to and from our own holiday hullabaloos! You also can read more about T’s (and my) Hullabaloo non-holiday fanfare here. (RMT SIDENOTE: While this album download is no longer available, Hullabaloo does offer the album”Santa Songs” on their website’s store for purchase, which contains some or most of the same songs that were included on “Holiday Hullabaloo.”)

6. Leave it to customer-conscious Nordstrom and their convenient check-stand music offerings… they really made it easy for me to jump on the “Joy for All” bandwagon a few shopping seasons ago. I mean, there I was just innocently buying shoes (I’m sure), and there it was serenading to me from the counter. Hey, what’s another $10 or so to augment my already hefty holiday musical collection?! That and honestly, what’s an extra $10 for some extra holiday joy? Not too expensive if you ask me anyway! The best part about it is that this compilation really does bring joy to all of us each and every season with songs from classic artists such as Johnny Cash and more alternative and current performers as Aimee Mann. It also happens to be one of the original discs I did find in the holiday bins, so we can enjoy the joy at home or away all season long. Joyful indeed! 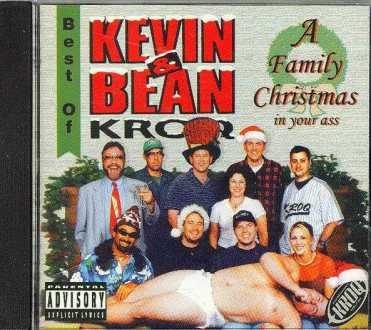 7. Oh boy… now I know what you’re thinking. This is a family blog and this is so NOT a family product. You’re right. There is not a single track on the “Best of Kevin and Bean Family Christmas (in Your Ass)” compilation that T can listen to, and I can guarantee that he never has, currently doesn’t, and won’t for a few (several?) more years. However, I still make sure I have this in my car at all times during the holidays. Why? Because of this song (by the way, NSFW!). No, that’s not entirely traditional nor PC in the least either – it’s actually quite offensive – but there’s just something about Snoop Dog that makes me give him a pass. It also doesn’t hurt that he’s rapping out a special Christmas card to us here in Long Beach. I don’t think there’s anyone who doesn’t at least appreciate a song about their town just a teensy-weensy bit once they hear it. And in this case, a very Merry Christmas right back at ya, Snoop (and peace).

8. If you haven’t been to New Orleans, please make a plan to go. And if you haven’t been to New Orleans at the holidays, please get this album. I feel immediately transported back to the Crescent City (which I’ve only visited once before in 2001) upon playing the tunes from “New Orleans Christmas.” It’s jazzy and fantastically festive beyond belief. Grab a hurricane and get down (or bundle up) with regional favorites such as “‘Zat You, Santa Claus?” and “Christmas in New Orleans.” Let the good times roll!

9. Oprah put this “Holiday Hits” MP3 download out there in 2008 for all her fans for free. WOOOOO! YOU GET A CD! AND YOU GET A CD! AND YOU… OK, you get the picture. This album gathers popular artists of the 2008 moment together such as Il Divo (remember them?) and Josh Groban (OK I think we all definitely know who he is!) with longtime holiday mainstays such as Amy Grant and Tony Bennett to cover many traditional tunes of the season. This is a party-safe pick in the event you just need a one-hour music mix to throw in for a small cocktail mixer at the house.

10. Pink Martini puts the international flair into the season with their album “Joy to the World.” Even their short autobiography by Thomas Lauderdale, bandleader/pianist, at the above amazon link attests to this, stating that, “Pink Martini is a rollicking around-the-world musical adventure … if the United Nations had a house band in 1962, hopefully we’d be that band.” That pretty much sums it up. Feliz Navidad, Joyeux Noel, and a very Merry Christmas, along with that greeting in about a half-dozen other languages once you break down just how many cultures are represented (and well) by Pink Martini and guests on this beautifully composed album.

11&12. Maybe this is cheating, but it is a two-disc set so it gets the last two spots on the list. “The Perfect Christmas” is just that: Perfect. I love this set. I also love that this was one of the three original CDs that I’ve managed to keep track of all these years. It’s on constant rotation in the house and in my car all December long. Even T loves a few tracks of the 24 offered here, but mostly he loves “My Favorite Things” by Diana Ross. Given his love of “The Sound of Music”, I can’t say this surprises me in the least. And I have to say that song is one of my favorite things about the Christmas season, too. Perfect!

What are your favorite sounds of the season, RMT’ers?