T wants to know… who’s ready for some football?!

Happy Monday RMT’ers! And what that means is that it’s Monday Night Football night at our house (woo hoo)! It was especially special last week with opening week of the NFL season as my team – the San Diego Chargers – played their main rival, the Oakland Raiders. That and I won my group’s pick-em football pool (woo hoo indeed)!

For the last two years or so, pirate-themed toys, LEGOs, costumes, t-shirts, songs, books, and DVDs – like these pictured above – have thrown down anchor at our house. Oh, by the way, T likes pirates.

Yep, that’s it, T. Liking pirates in the case of the NFL version of such will make you surly and unpleasant. Just remember that! This was taken at last summer’s “Pirate Invasion” on Long Beach’s (CA) Belmont Pier, so the pirate thing has been going on for a while around here. Argh (and UGH)!

Now we had some issues during the game last week, and is mostly has to do with the fact that I have a four-year-old boy who is VERY into pirates. So the second he saw the black and silver team on TV playing against the home team in our house anyway, he started saying how much he liked the “pirate team.” Uh-oh, this is a SERIOUS problem, folks… as in, this is to the level of disowning T if we can’t get this under control. Help! 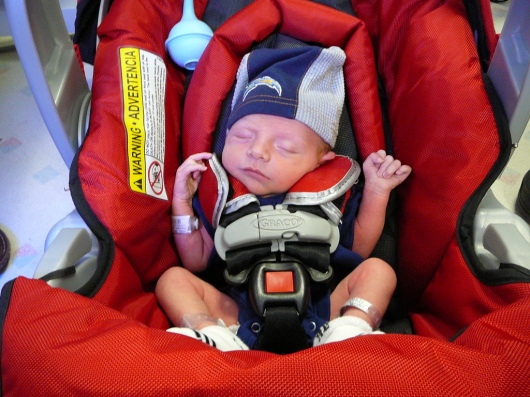 T at four days old in his homecoming outfit before leaving the hospital. So, see, we are doing our best and have from the start, RMT’ers!

From the second T was born and left the hospital he was in Chargers attire, and he’s received a jersey every season since, so trust me when I say we are doing EVERYTHING in our power to prevent such atrocities against humanity. So when I started to hear this little chant of his – “We like the pirate team!” – um, yeah, I was not thrilled. And needless to say, his grandma was NOT happy to hear about this either. Hopefully, it’s a phase and one he will grow out of mighty fast. And that reminds me, um Grandma, we need a new jersey and stat (and not the pirate kind, but you already know that). 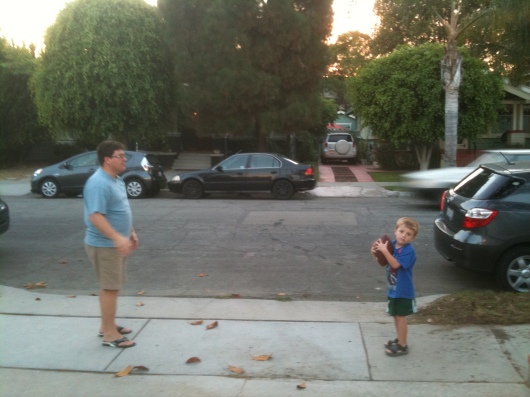 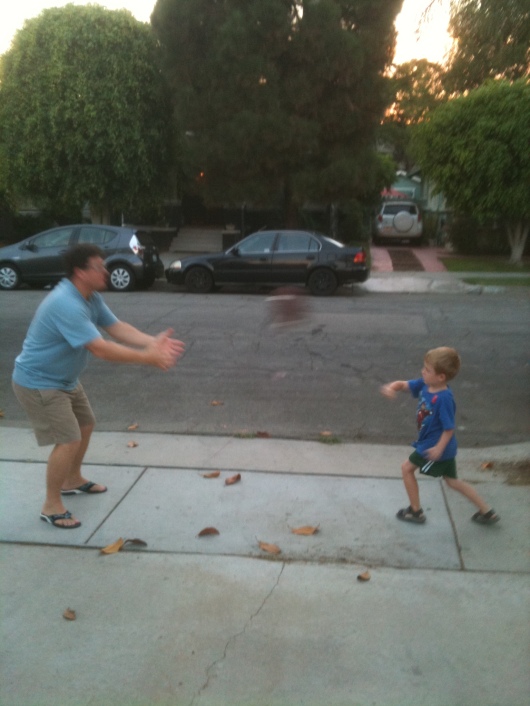 T tosses the ball over to C… did he catch it? While I didn’t get any pics of C catching the ball, he did.

For now, while I can’t enjoy T’s team chants and cheers, we all can enjoy some photos of T tossing the football around with Dad during the Saturday college match-ups and the Sunday NFL opening games. T did pretty well with throwing AND catching I’ve got to say, pretty much just as he did when they tossed the baseball around together for the first time!

Hail Mary and Amen that football season is here, RMT’ers! And please pray that the pirate-themed football fetish passes VERY quickly for us, or someone might just be walking the ol’ plank, me hearties!