T and I at Cabrillo National Monument in April 2014.

First, kick things off tomorrow, Saturday September 27 at 3:30 p.m., by witnessing a commemorative ceremony and wreath laying up at the Cabrillo National Monument to honor Juan Rodriguez Cabrillo’s landing at San Diego on this same weekend back in 1542. Cabrillo was the first European to land on the west coast of what is now the United States of America. Admission to the Park just happens to be free Saturday as part of National Public Lands Day (separate event), and watching this ceremony is free also.

In addition, everyone is invited to come out to San Diego’s 51st Annual Cabrillo Festival down at Ballast Point, Naval Base Point Loma, at the South end of Rosecrans Street. This free event is Sunday September 28 from 11 a.m.-to-4 p.m. From the Cabrillo Festival website: “There will be music, dancing, children’s activities and foods of Native Americans, Mexico, Portugal and Spain. There will be Kumeyaay basket making, knot tying and a 16th Century Spanish soldiers living history encampment. Re-enactment of Cabrillo’s landing on Ballast Point begins at 1:00 p.m.” You can download a copy of this year’s event brochure here. 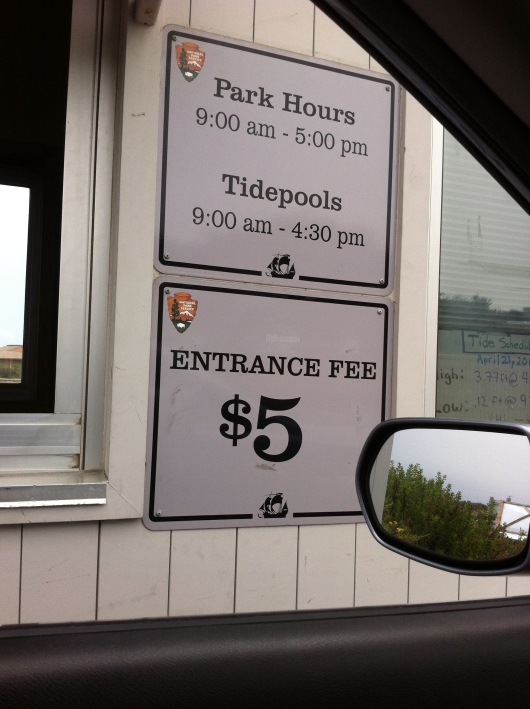 To clarify (because even I had to call the park to clarify the free admission days and event locations myself!): Admission to Cabrillo National Monument is free tomorrow, Saturday, but NOT Sunday (where you normally would stop to pay at the vehicle entrance to enter for the lighthouse, monument, tidepools, and visitor centers); admission to Cabrillo Festival down at Ballast Point, at Naval Base Point Loma, is a free, separate public festival event on Sunday. 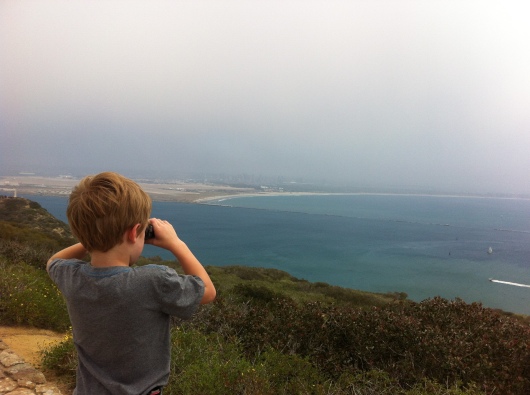 Discover some amazing views from atop Point Loma at Cabrillo National Monument. 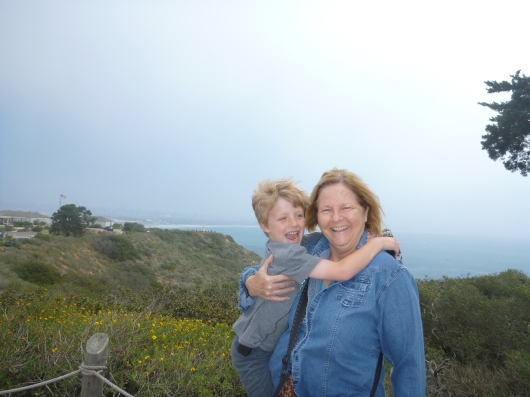 T and I went to Cabrillo National Monument last spring. It’s such a gorgeous spot to gaze out from and take in views of downtown San Diego and Coronado. I’d forgotten all about it having grown up in San Diego about 30 minutes from the Park until a friend kept posting on his Facebook page photos from all the visits he and his daughter regularly made there. His photos were stunning, as were the smiles on his little girl’s face from all the exploring there is still to be had along its several paths and inside of its historic buildings and other structures.

Oh, and please note when wandering Cabrillo’s paths, especially during warmer days: There are snakes. I don’t say there could be snakes because we saw one. Just a gopher snake of some sort, but still, when you see one of those slither across your path out of the blue, it’s pretty startling! 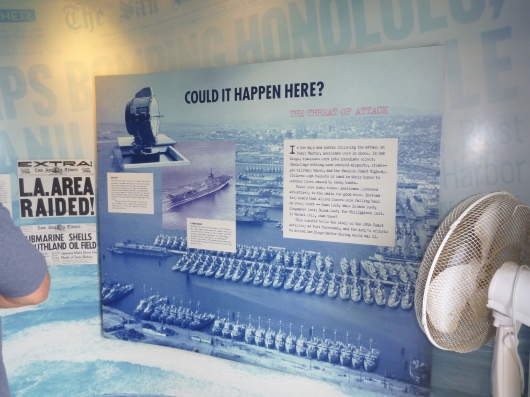 Visiting Cabrillo also debunks the myth that there’s no history to be found here in Southern California, too. If you are into military history, or if you’ve got a kid like T who likes any kind of weaponry, Cabrillo won’t disappoint. Boom!

Learn how a lighthouse works at Cabrillo National Monument. 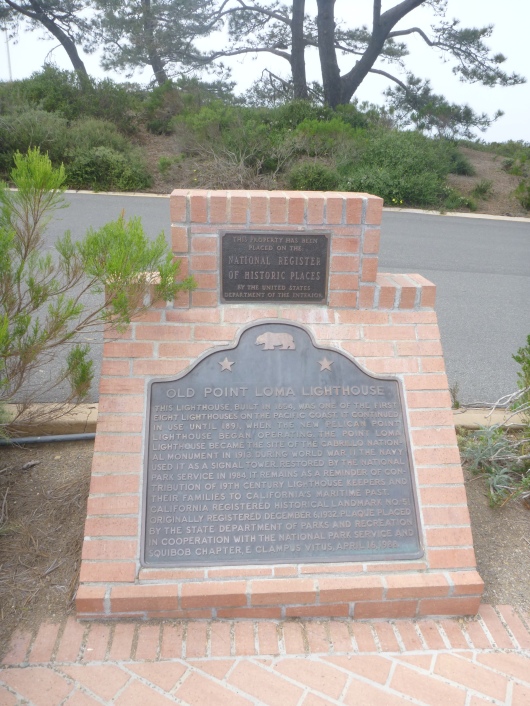 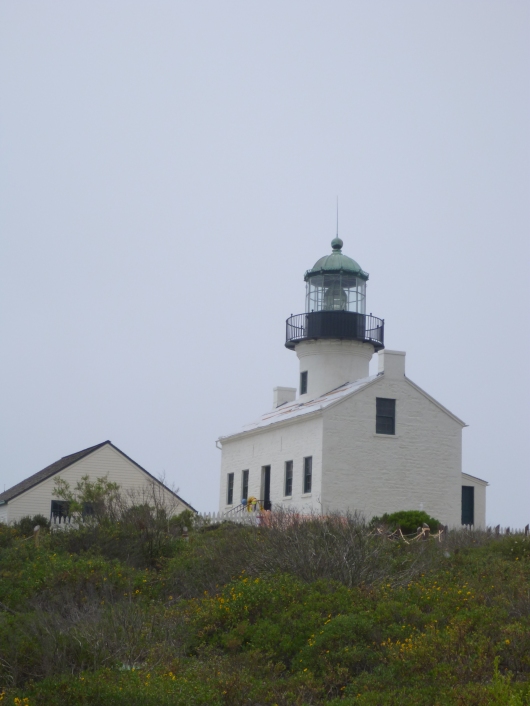 Cabrillo National Monument is also home to the Old Point Loma Lighthouse, which was closed for renovations when we visited in April. But don’t worry as the remodel is now complete and the welcome light back on (I verified that also when I called). Admission to the lighthouse is included with entry to the Park, and visitors may freely enter at their leisure, no special tour reservations necessary.

The giant kelp beds off San Diego, including the ones off Cabrillo National Monument, lure many types of marine species to the area. Whale migrations are also within view of the Park during peak season (December through March). 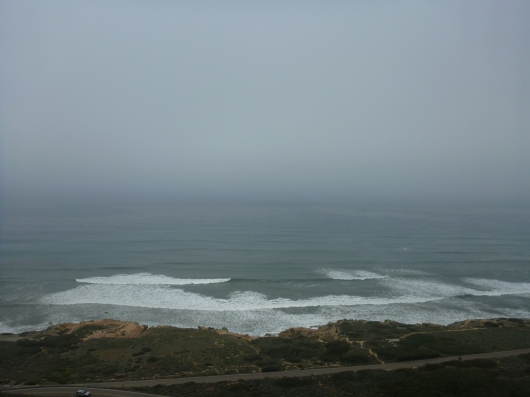 The Park also boasts a wonderful set of tidepools that are accessible for even the littlest marine biologists in your family. And in a few short months, Cabrillo becomes a killer spot to do some serious whale watching, too.

Wander your way through one of America’s National Parks this Saturday. Admissions to most are free in commemoration of National Public Lands Day 2014. Check website for details and for the Parks nearest you.

San Diego not within your reach this weekend? Don’t worry as I’ve got some free suggestions for you, too! Go to this link to view which of our National Parks will take part in National Public Lands Day by granting free entrance on Saturday and to this link to see a variety of other National Public Lands Day celebrations around the country.  What better time to go and re-discover our country’s natural wonder? 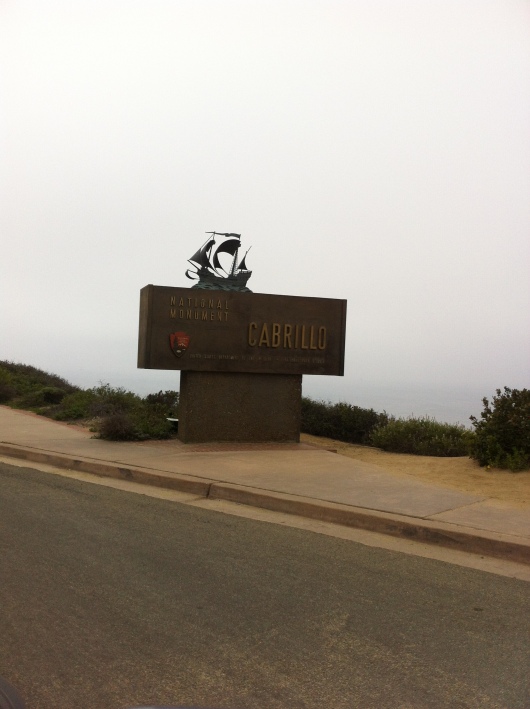 Cabrillo National Monument is at 1800 Cabrillo Memorial Dr., all the way at the end of Catalina Blvd. in the Point Loma neighborhood of San Diego (CA); you can find general directions here. This National Park is open 364 days a year, from 9 a.m.-to-5 p.m. (closed Christmas Day, December 25). Regular entrance fees are $5 per passenger vehicle and motorcyclist, and walk-ins and bicyclists are $3 per person. A list of various facility closing times for Cabrillo National Monument can be found here. Please note: The main gate into Cabrillo National Monument closes at 5 p.m., and all visitors must exit the park at 5 p.m. Public access after 5 p.m. and before 9 a.m. is not allowed (this includes walking, jogging, biking or any other type of entry).  Due to National Park Service alternate uses, the Cabrillo National Monument theater will be closed to the public on the following dates: September 20, September 27 (this Saturday), October 28 – 29, and November 6, 2014.  You can check out this link for more information about the Park or contact them directly at (619) 557-5450 or by email.