Last week T and I had our first pick-up play date. I don’t mean drop-off play dates, we’ve done a few of those over the last year or so here at our home and at other friends’ houses. I mean this was the first time that we’ve driven to one of T’s friend’s houses, picked him up (sans that friend’s parent), and headed to a nearby playground.

It all happened by accident really. We were supposed to meet both T’s friend and his mom (a friend of mine actually, too), but she forgot about a prior commitment with her other child and called me apologetically and to postpone. It was at that moment I found myself asking her, out of nowhere and without pause, “Well, how about I just come by and pick up H and I’ll take the boys to the park,” throwing a quick, “oh, I mean, if you’re OK with that!?” behind it. I don’t even know if she knew at first this was my first time offering this with any of T’s friends, but she was on board and so were the boys, so play date back on! 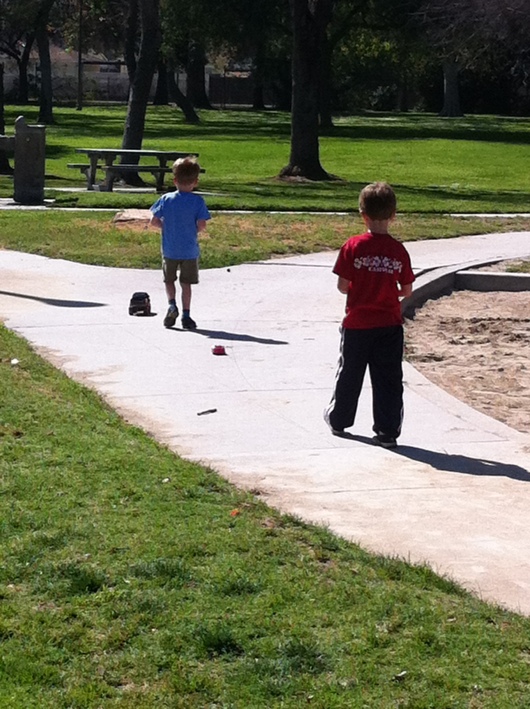 T and his friend H on our first “pick-up” play date.

I know it doesn’t sound like a big deal to those who’ve been doing pick-up play dates for some time, but this was a big step in the land of play date for us. And for as much that T loves having friends ride with us in the car in our portable booster seat, it’s weird it’s taken this long to take this next step. I don’t know though. Maybe it took so long because I can’t believe we’ve finally arrived to a point where the kids are playing more independently and together without adult intrusion; or, that I finally realized that his friends really are that much older now, too, and entirely more mature, aware, and actually (and intentionally) respectful of another child’s parent as an authority figure; or, that I’ve been in denial that they’re just GROWING UP SO FAST (yeah, yeah); or, that I’m simply over-concerned about having another kid in my car and care because T’s an only child and/or he’s just not my kid; or, perhaps it’s a bit of all of the above (duh). Anyway, the bottom line is this was a milestone moment that I wanted to preserve for us and share with you also. 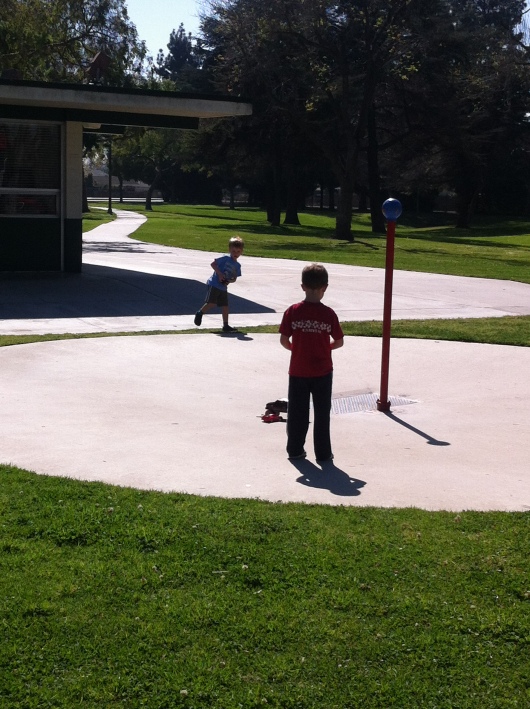 The playground for this first was a perfect location; simple, yet perfect. The boys brought a couple of RC cars with them and their Razor scooters. They alternated playing with each of those a bit and filled out the rest of the time running wild through the park. The entire play date lasted a little more than an hour. It was pretty fantastic for them and for me, too. I just wish I’d gotten a picture of them in the car together.

Now that we’ve experienced this first, I am sure it’ll open the floodgates for T to ask for more pick-up play dates more often. And that’s fine. Been there, done that, right?

RMT’ers, what “first” have you – the parent – recently gone through with your kids that isn’t considered that typical milestone but is a life-changing or -expanding moment for your family?