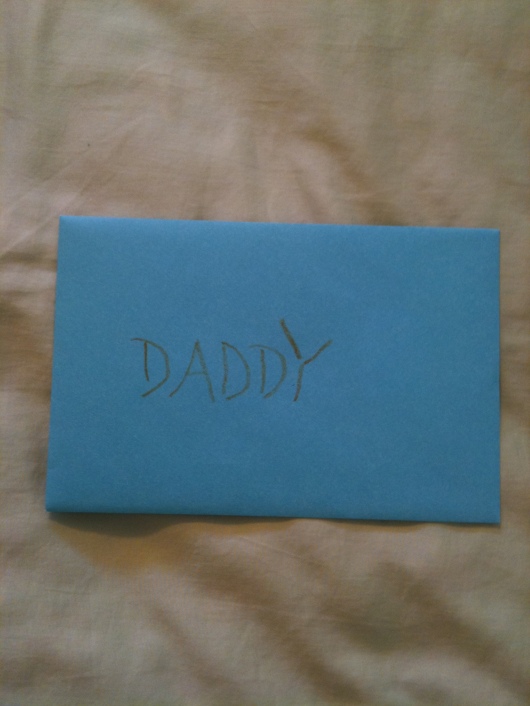 Hope you had a lovely Father’s Day, RMT’ers!

We had a few different celebrations around here for Father’s Day 2012, but the sweetest (and least expensive) of the bunch were the various presents T made at and brought home from school for C. I’ll just post a few photos of those below. And I’ll be back soon with a little mini-trip report on our Father’s Day weekend getaway! 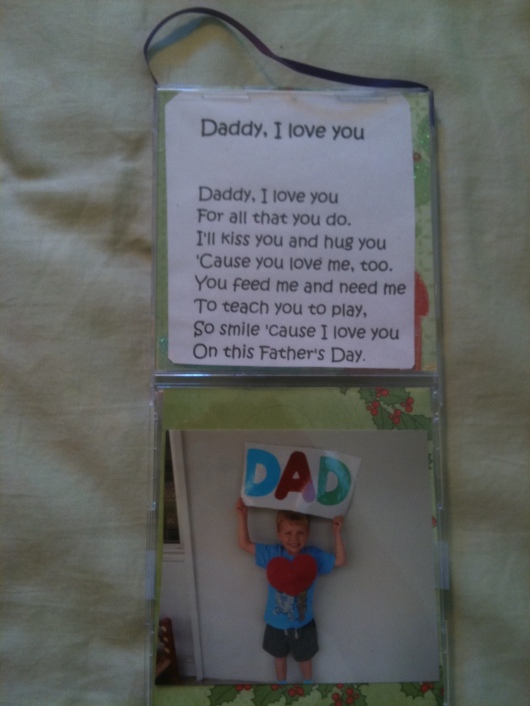 T’s teacher printed out copies of an occasion-appropriate poem, then helped each child frame them in used CD cases along with their photo for Father’s Day gifts. Great idea for how to reuse old CD cases!

Each child in T’s class also wrote out a “Super Dad Award” to bring home for their Dad on Father’s Day, which the staff then laminated. If it’s laminated then it’s forever, right RMT’ers?!

On a large sheet of paper for each child, T’s teacher started out a sentence. Then each kid completed the sentence in their own words and writing with a little help from their teacher (mostly letter-by-letter dictation). T’s says, “I love my Daddy because he makes me popcorn when we watch TV. T.” That’s nice they have that father-son activity together since I don’t like popcorn too much!

T’s excited to give his Father’s Day presents to Daddy! 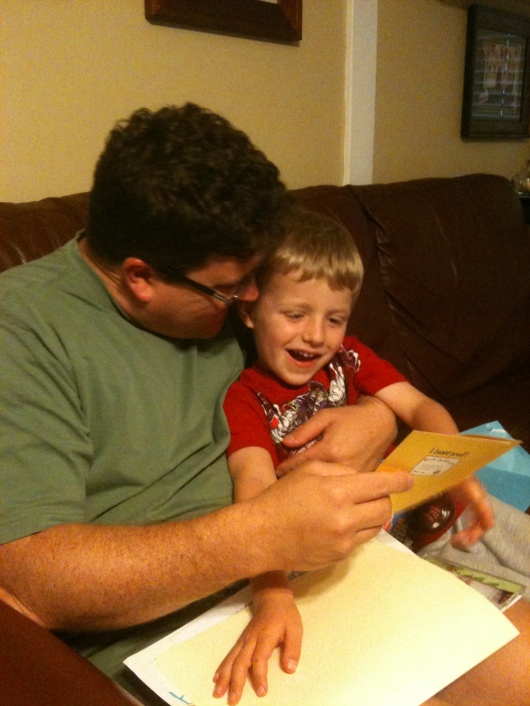 C and T happily read through the Father’s Day cards and gifts together. 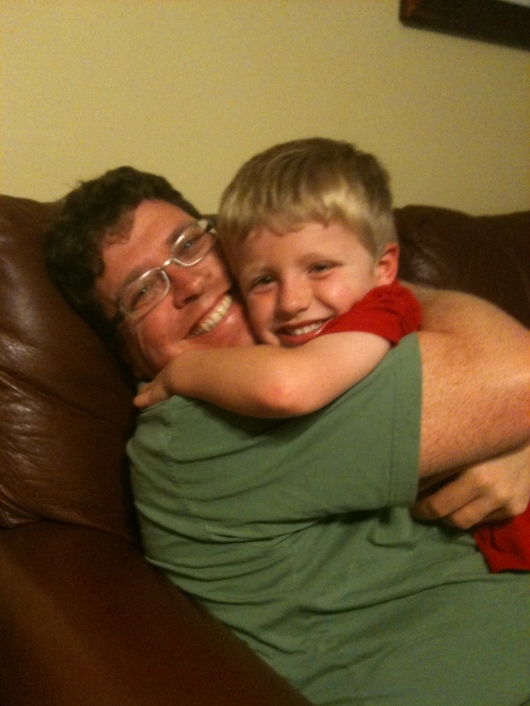