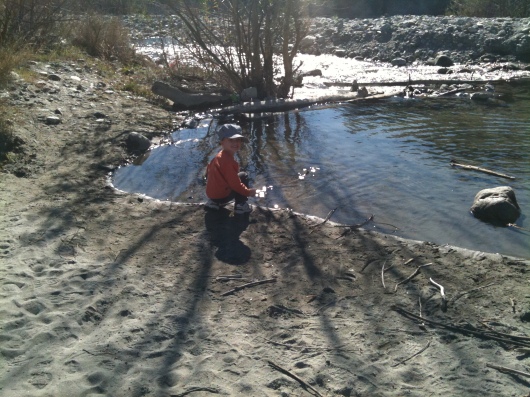 T pans for gold (and finds sticks, rocks, and mud) in them there hills of Azusa, CA, in the San Bernardino National Forest.

Ever since T was a teeny tiny baby, C has talked about how he’s going to take T gold prospecting. It’s all because of a show C saw on the Outdoor Channel called Gold Fever. If you aren’t familiar, this is a show centered around Tom Massie and his family and their quests for the precious metal all over America. They do in fact find small amounts of gold on many of their missions, but keep in mind they also spend thousands of dollars in equipment and travel, and they prospect in largely untouched locations. But regardless of their discoveries, Massie and crew openly admit that the adventure is as much part of gold prospecting as are the finds. After all, it’s called gold PROSPECTING, not gold finding… kind of like how fishing isn’t called “catching” if you get my drift. 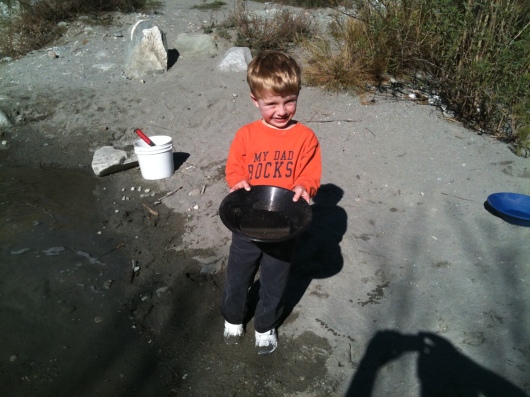 T proudly holding his (empty) gold pan on his and C's visit to the East Fork of the San Gabriel River in the San Bernardino National Forest in Azusa, CA. Yes, the boys actually have gold pans and everything!

The other weekend C decided that the time had finally come for him to set up his and T’s first gold prospecting adventure! Together with another dad and son, the four boys drove up to the East Fork of the San Gabriel River, located about 30 miles up from I-210 in the San Bernardino National Forest near Azusa, CA. They spent three hours or so together skipping rocks, digging holes, finding sticks, and, of course, panning for gold.

While the gold-finding efforts didn’t pan out this time, a great time was had by all. In fact, there’s already talk of another adventure sometime in March. Good thing C purchased a National Forest Adventure Pass, which is a $30 permit (and $5 for your second vehicle) for unlimited entry and parking inside of any of Southern California’s National Forests: San Bernardino, Cleveland, Los Padres, and Angeles. I know that this was a wise investment not just in our National Forests, but in some quality Daddy-and-a-Boy time together. Plus, if it ever decides to snow here in our local mountains this season, we can use it to head up to the Angeles National Forest for some family snow playtime, too! 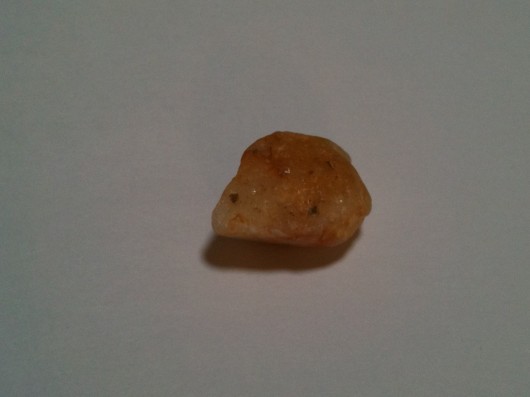 Before T left on his adventure, I told him if he brought back a shiny, gold-colored rock that seemed heavy for its size that he could exchange it for any toy he wanted. Yeah, nice try, T... maybe next time! But it is a nice piece of Quartz just the same!

Oh, and I almost forgot to tell you what I did with all this lovely me-time… I went to see a movie! Golden moment indeed.

Don’t forget to take a golden opportunity to rediscover your National, State, and Regional Forests and Parks, RMT’ers!

2 responses to “Dad and Son Head Out in Search of GOLD! Well, Kind-of…”