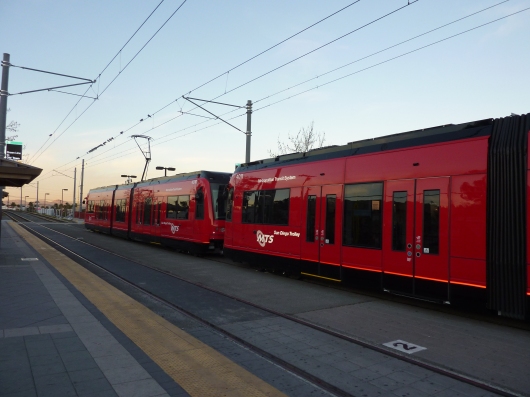 Hard to believe that T had not yet done this before as Grandma lives right around the corner (well, the freeway corner anyway) from a large Trolley stop in San Diego County! But now T hasn’t just taken one ride but he’s taken two different lines and four different rides via transfers (La Mesa to El Cajon; El Cajon to Mission Valley; Mission Valley to Grossmont Center; Grossmont Center back to La Mesa) inside of about two hours time!

This is what a sunset looks like from the San Diego Trolley Green Line somewhere between East County and Mission Valley.

One of T’s goals was to ride past the “Train That Doesn’t Move” – which he did twice heading out from and back into La Mesa. We also broke up the trip with a stop at the Mission Valley Starbucks that sits about 50 feet from the Trolley stop. T got what he always gets there, a pack of Madelines (spongy vanilla cake cookies in case you are not familiar). I believe this was the happiest two hours of T’s two-day trip to San Diego the other week, and why wouldn’t it be? Trains and cookies, together at last!

Need a San Diego Trolley map? Well, I'm posting one right here in my blog post for me and for you just in case, RMT'ers!

Next time we head to San Diego, we’ll definitely take another ride on the Trolley. For just $5 one can purchase an unlimited ride daily ticket, and five-and-unders ride free! 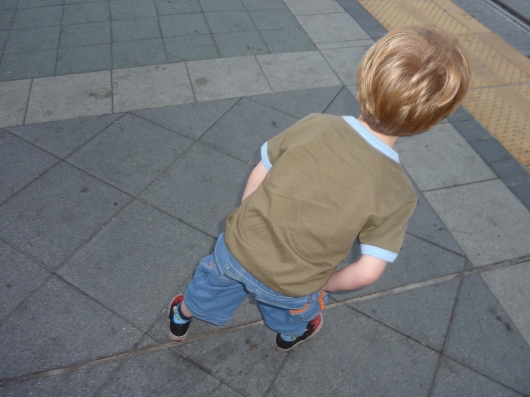 The waiting (for the Trolley) IS the hardest part... just ask T! 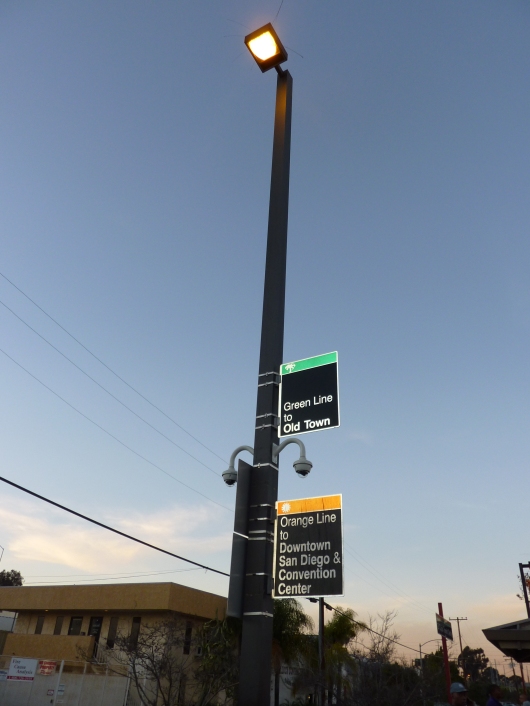 T's first San Diego Trolley rides were on the Green and Orange Lines. You can take either out of the El Cajon, CA, Trolley stop.